5 Ways To Stop Your Casual Relationship Without Being a Dick

Having casual sex is a fun thing, but there’s an end to everything in this world. That doesn’t mean that you have to be a jerk about it if you want to end up calling off your relationship, however; you can make sure that you’re still nice and on good terms with the girl that you’re banging if you know how to talk to her about ending the whole fling. Whatever the case may be, it doesn’t have to be a huge ordeal. Remember, you two went into this wanting to keep it casual, and there are a lot of different reasons why it might just need to come to an end.

If you’re kind whenever you talk to your date about it, then you’re not going to end up seeing a huge amount of drama. You just want to make sure that you speak nicely to here, and that you don’t cause a scene. If you can follow our advice, then ending a casual relationship isn’t going to end up being a huge deal for either of you, and you can move onto something else, be it something more steady, or just another fling that’s keeping you more occupied than this one was actually able to. 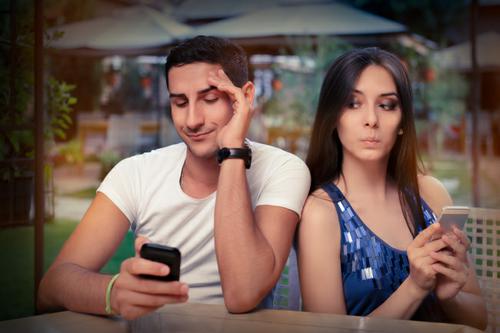 Casual relationships are just that: casual.

There’s a tendency with a lot of casual sex hookups to get way too intense, and that’s obviously not something that you want to have happen. If you start to see that your girl is getting too attached to you or demanding too much of you, it’s probably going to be time to call it quits, and you need to know how to do that without being too rude. You want to make sure that you let her down gently, because even if it’s a casual relationship, it’s always going to end up being in your best interest to be a nice guy. Word travels fast on the Internet, and if you end up getting a reputation as a guy that’s way too rude to the ladies when you want the relationship to come to an end…well, that’s not going to end up helping you get laid any more often, now is it?

You have to think of it as ending a non-relationship. You aren’t together, you’re just having sex, and she seriously needs to understand that, too. While you’re usually not going to end up having issues with the women that are on these websites, if she does seem like she’s getting too attached, it’s usually better to put the blame on yourself. Tell her that you just aren’t ready for anything more, and it’s probably best for the two of you to go your separate ways. She’s going to end up being upset, of course, but if you just leave it at that, then she’s not going to end up having any more leverage to try and drag you back into something that you really didn’t sign up for at all.

No matter if you had to let her down because she was too clingy, or if you just cut her loose because neither of you were feeling it anymore, it’s best that you just delete her number and information and cut off all contact. If you have her information still around, you’re going to feel way more inclined to actually contact her again. You don’t want to end up being a dick about it, of course; just make sure that she knows that it’s over, and that’s why you’re deleting all of that information. You don’t want to be tempted to try and answer her calls, and give her more of an excuse to hang onto you and what little bit of fun you two might have had.

You also don’t want to end up being impolite about any of this. With these ladies, you don’t need to contact them again, but if you do somehow answer their phone calls or texts, make sure that you know that you aren’t interested in being with them anymore. That’s all there is to it, and that’s something that you’re going to need to remember.

Casual sex is just that: casual sex. You two have had fun, but that doesn’t mean that you two need to get violent if you decide to end it, be it physically or verbally. Keep it polite, keep it civil, and never, ever call her any names. If you get to that point, then you’re in too deep, and you’re going to end up really making a poor name for yourself.

What To Wear On A First Date