Learning how to talk to women on an online dating site is important, and it’s even more important if you actually want to get laid. There are plenty of women out there that aren’t going to be impressed even if you turn on all the charm, and that’s why you do have to keep it simple. Adult dating websites aren’t complicated; they’re full of women that do want to end up having attention from you. You just need to learn how to talk to them in a way that doesn’t come off as fake, or even creepy.

Understanding how these women really want to be spoken to is important. You never want to be pushy or degrading, and you don’t want to end up getting too sexual from the very start. Knowing what to say is something that’s going to end up shaping the success that you have on these sites, and if you don’t even know where to get started, then it’s going to be a downward spiral of disappointment for you, and for the women that you end up coming into contact with. Obviously, that’s not the route that you want to go, so you’ve got to be smart about it. 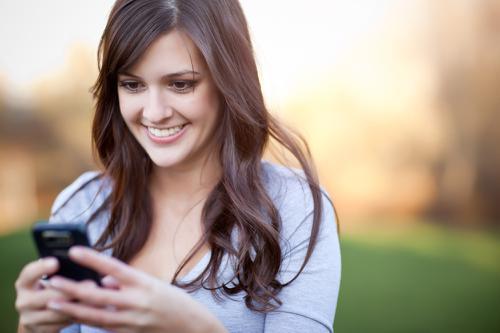 Learn how to talk to ladies.

Know what to say.

Women aren’t complicated. There are plenty of books out there that are going to tell you that they are, and that they take a wise mind in order to crack and understand, but that’s simply not the case at all. Instead of being complicated, they’re actually pretty easy to understand, and it’s all about treating them just like you would any other person. They want to be respected and complimented, but you’ve got to always do this in a way that’s going to move a conversation forward, or it’s simply not going to get you the results that you want. That’s something that we spent a lot of time figuring out online, and if you’re on a dating site for adults, it’s going to be imperative that you understand how to get past that first little conversation.

The first step that you really need to take in talking to her is to find a common interest. Sure, you’re on a sex site, but her profile probably has something about her hobbies or what she likes to do in the spare time. If it doesn’t, look at something about her physical appearance. If she’s tattooed and pierced, you can compliment her on that, and you can end up striking up a conversation about that. This can end up sparking a conversation about her body mods, and eventually, how sexy that ends up making everything. You can relax in knowing that’s going to end up getting you into the right mood, and getting your lady into the right mood.

Your dating messages are going to really end up saying a lot about you, and if you’re creepy, that’s going to end up turning her off and making her never want to talk to you again. There are a few different ways that you can come off as creepy, and knowing what those things are will end up being an important part of your success. If you immediately start talking about her boobs and ass, then that’s going to end up turning her off. If you must compliment something about her appearance, then you want to stick to her eyes or smile at first. That’s going to show her that you aren’t just trying to spy on her like a voyeur from the very beginning.

You also don’t want to start talking about the sex acts that you want to do with her from the very start. If she says in her profile that she’d rather talk about that right away, then that’s one thing, but most women aren’t going to be turned on by guys that show up in their inbox and talk about their wildest fantasies, and how they’re going to end up making out with them. It’s not cute, and it’s not going to do anything but turn her off entirely. She’s going to end up wanting to leave the site, or even block you.

All in all, using adult dating sites and their messaging systems doesn’t have to be terrifying. You can learn how to talk to women without any hitches along the way, and you can have a lot of great experiences doing it–you just want to make sure that you aren’t overstepping any boundaries, or really scaring her in the process of it all.

Why You Should Not Trust Free Dating Sites