What To Wear On A First Date

Knowing how to impress a lady with what you’ve got on your body is important, and fortunately, it’s what we’re best at. Knowing what to wear is going to end up shaping the way that your first date goes, and it’s going to end up creating a solid first impression that’s going to wow her the whole way through. You do want her to end up being attracted to you, and if you can’t end up impressing her through your clothes, then you’re already going to end up being at a disadvantage for the remainder of the evening.

It doesn’t take much, fortunately. Our fashion tips are designed to make it easy for a guy even on a very limited budget to get to the top of a lady’s list. You want her to feel as though she has a reason to keep coming back to you, and in our experience, this is going to end up being a huge part of what makes her actually want to sleep with you. If you look nice, smell nice, and generally look well put together, that’s going to be something that makes your dates that much more successful…and you’re actually going to be able to get laid one heck of a lot more often. 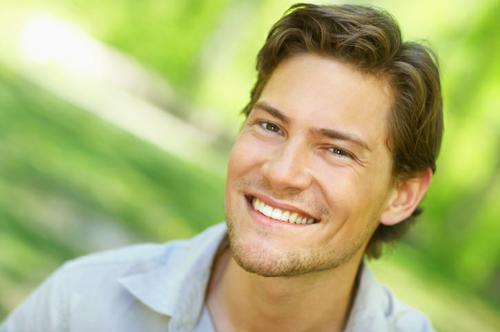 Listen, it doesn’t take much to look good. It’s all a matter of knowing how to dress yourself, and if you aren’t entirely sure, then you’ve got to have a friend that can help you edit your style a little bit. For the most part, though, wearing some nice slacks and a button-up shirt is going to do wonders for you, and after that point, you’ve got to know what to do with your hair.

It’s not just the hair on your head that counts, by the way. Take a shower, comb it well, and style it in a way that she’s going to want to run her fingers through it to mess it up. You also want to make sure that your facial hair is good to go, however, and that you don’t end up having a huge, untamed beard on your face. It’s fine to have a beard, of course, but make sure that it’s neat, clean, and that it smells just as nice as the rest of you. She’s not going to be into you if it’s a hot, matted mess, and that’s for a good reason: showing up for a date like that is just going to end up coming off as pretty darn gross.

Fashion tips and fashion advice are nice and all, but if you want to know what’s really in this season, it’s all about being clean. Iron your shirts and pants, and make sure that you look like a respectable guy that she would actually want to be around. If you don’t want to be that way, then you’re not going to end up ever scoring the dates that you want. You’ve got to put forth at least a little bit of effort in this general direction, or it’s only going to end up turning her off and making her wonder why she ever even.

This is especially going to be important if you want to wine and dine her before that hot, sexy night in a hotel. She’s going to show up looking nice in a dress, so show up looking nice in a dress shirt. That’s about all that you need to remember, but do make sure that it’s clean, neat, and smells good. Your fashion is going to end up taking a hit if you’re wrinkled and unkept.

Of course, there are always going to end up being exceptions to certain rules, and when it comes to what you’re wearing, think about what you’re going to do that evening, and what kind of an impression that you want to make. If she requests that you wear something in particular, then that’s all up to her. Just discuss it beforehand if you want to go that route.

Which Perfume Is Right For You – Impress Your Date